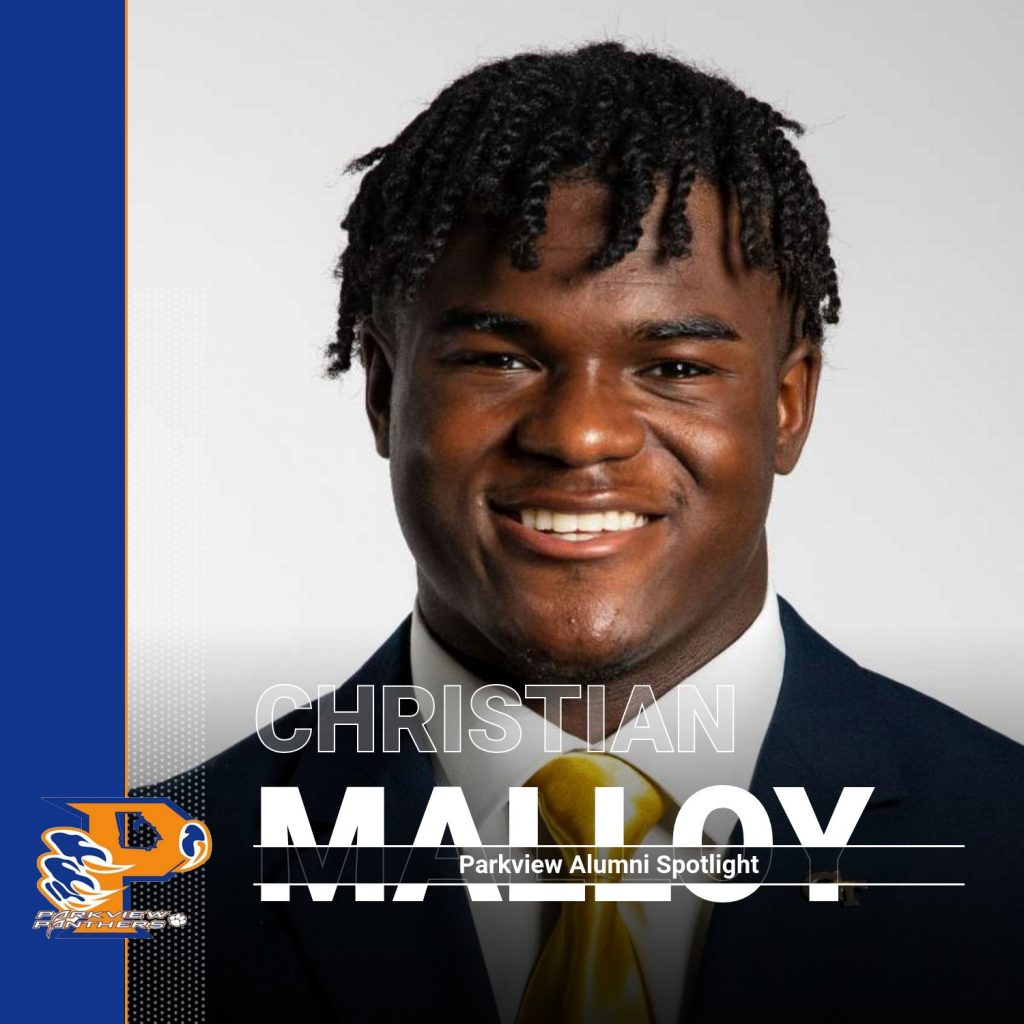 Today’s alumni spotlight is Parkview class of 2018 member Christian Malloy who is a current member of the Georgia Tech football team.

2018 (True Freshman): Redshirted due to only seeing action in one game – Oct. 25 at Virginia Tech … Ran four times for 27 yards in his collegiate debut at VT … Was one of only 13 true freshmen, including just three on the offensive side of the ball, to see action for Georgia Tech in 2018.

High School: Rated as a three-star prospect by Rivals … Earned all-state recognition as a senior … Named all-region as a junior … Was MVP of adidas Freshman All-American Game in 2014 … Set school record with 316 rushing yards in a game, which is also the sixth-highest single-game total in Gwinnett County history … Four-year letterwinner and three-year team captain … Coached by Eric Godfree … Honor roll student and member of Gwinnett Student Leadership Team.

No Events This Week

Events are added by athletic staff.
View All Events